That’s all the needs to be said. 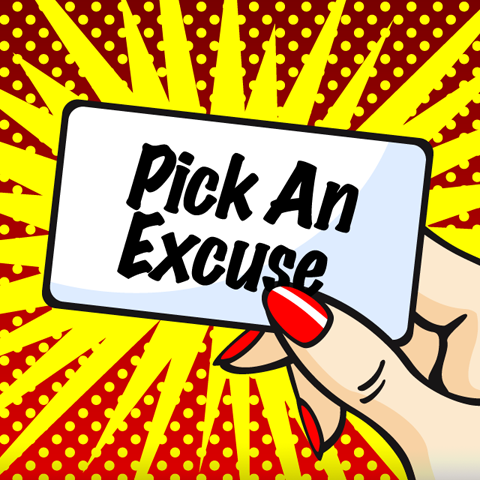 I have kind of a site up as a placeholder at Pick An Excuse,  but I’m really close to releasing a beta version of the application (the next couple of weeks). If you’re interested, shoot me an email at beta@pickanexcuse.com or follow pickanexcuse on Twitter.

I’ll be doing a short run of t-shirts of one of the excuses, and giving them out to betatesters. 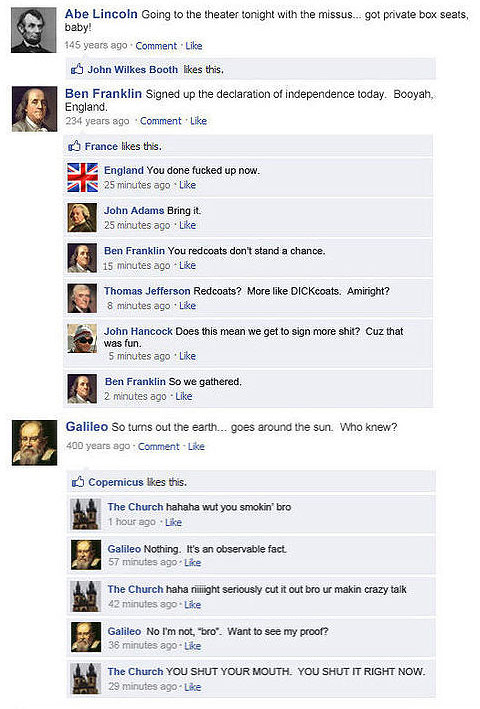 Digital Agencies Of The Future 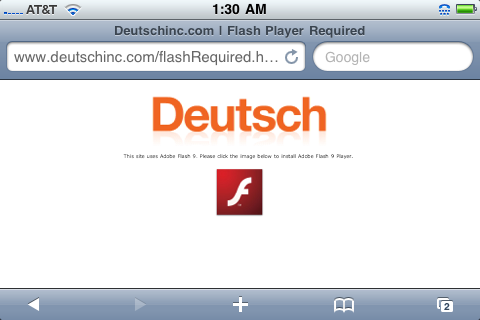 I posted this as an answer of Quora, but I thought it would be very appropriate here. This could go for any company, but some of us actually enjoy designing large applications.

They have to be solving a real world problem.

Too often, I get the “It’s like Twitter, except we’ll charge people” response. There has to be a very  definite  need for the product that’s fairly obvious. We don’t want to work on products that are going to get killed because there’s no market for them.

Most enterprise apps have that.

I like designing enterprise apps, because a) it’s not a microsite (I don’t know where to start), and b) you get to talk to the users directly, most of the time. Users will same the damnest things, and some of those things make great products, especially if they solve a real world problem.

They have to have great management.

There’s nothing worse than walking into the door and realizing the person that’s going to manage you doesn’t have the slightest idea what user experience is, other than what they read in a book.

User experience types have a jaded view of the world because of the environments we work in, and get frustrated in environments where we want to have an impact. I could go on and on about a friend of mine that hates her environment, but puts up with it. Great UX people want to work in great environments where they can flourish and learn.

Good managers attract good people — as simple as that. If you’re working at a company that develops enterprise applications, and you can’t attract good UX types, you should take a long, hard look at who’s managing them.

They want to let them do their job.

Let them define the process, but hold them to it. Don’t let seagull management (come in, shit on it, leave) creep into User Experience.

Show that it’s a team concept, but that user experience will drive requirements with product management. Let them gather data to back up their assertions. Let them perform usability tests. Let them see how the work translates into better sales.

They want to take pride in their jobs, nothing more.

They want to do things the right way.

That means following some sort of process. That doesn’t mean going all the way to doing a card sort, but if they think user experience is about delivering wireframes and mockups, and that’s all, something’s wrong. We’ve all worked in environments like this, and it gets tiresome.

We want to learn if the process works as much as the company does.

They want to pay a good wage.

Most enterprise apps have multimillion dollar implementations. This means that the developers of these applications should get paid a decent wage, because a good design means saving thousands of dollars for the clients.

There’s nothing more frustrating than having a conversation with a recruiter, and the recruiter says, “well, this is what the budget is.” That’s not something you tell to someone that can help saving thousands and millions of dollars.

The average implementation is over a million dollars, and they don’t want to spend a little extra on someone that can have a great impact only only on implementation, but on potential sales?

The notes here are from the NY Daily News:

That’s a lot of time saved — now we can go to Starbucks sooner.

An interesting study by OKCupid:

We selected 526,000  OkCupid users at random and divided them into groups by their (self-stated) race. We then took all these people’s profile essays (280 million words in total!) and isolated the words and phrases that made each racial group’s essays  statistically distinct from the others’.

For instance, it turns out that all kinds of people list  sushi as one of their favorite foods. But Asians are the only group who also list  sashimi; it’s a racial outlier. Similarly, as we shall see, black people are 20 times more likely than everyone else to mention  soul food, whereas no foods are distinct for white people, unless you count  diet coke.

I have never said “big fucking Lebowski” nor do I own a “Harley fucking Davidson” but I digress.

The education levels of their users frighten me. There are some stereotypes that are supported by these numbers, but the article is still an interesting read. Read on…

UX: Designing For The Space Inbetween

The true impact of new technological capabilities that integrate with our lives is a blurring of the line between physical and digital experiences. We need to design for the  space between-the space between touchpoints, interfaces, and channels. The space between making a flight reservation online, changing my seat via an app and then getting to the airport and only then discovering that my “approved” carry-on luggage actually doesn't fit that style of 737. We can't just think about optimizing a retail website experience when the physical store experience doesn't connect. Often the signage, prices, and even the products themselves are different.

Even companies without physical presences should think about the on- and off-ramps to their websites. As customers rely on Google and  social mediato direct them to pages deep within relevant websites, we can no longer just design for people landing on our home page. For many companies' websites, traffic from those sources is greater than from direct load via a URL. Word-of-mouth references are exploding via  Twitter and  Facebook, and  QR codes can take us  from Times Square to a mobile site. Our users are coming from everywhere!

I’m Telling You, Apple (And Ping) Just Killed MySpace Or Why Ping Is the Future of Social Commerce

No, I'm not blown away by the 160 million number. What I'm impressed by is the thinking behind  Ping.

Ping may function like a cross between Facebook and Twitter for iTunes by allowing you to follow celebrities, create social cliques and get artist updates via an activity stream. I think it could have tremendous impact on social sharing and commerce.

Ping, from  what little I saw during Steve Jobs' demo, allows a similar level of social interaction. It can tell me who my friends think are cool and the top 10 favorites of people in my social graph. Some of my friends are famous deejays. Others just have eclectic musical tastes. They can collectively sift through over 10 million songs and help with the discovery of music.  This social-powered discovery is part of the biggest theme of our times: serendipity.

What if they too could share their likes and dislikes via a social layer inside Amazon.com? Or what if I could follow my favorite authors and get updates on their books? Much like Apple, Amazon owns book-based social service, Shelfari, and should find ways to embed the social layer inside of all Amazon products and connect its tens of millions of users.

If Apple opens the site up to a self service model, could you imagine what happens to the labels, not just MySpace?

TechDirt: How Microsoft (And Yahoo) Missed The Disruptive Innovation In Paid Search

Both Microsoft and Yahoo failed to jump into keyword search in any serious way until long after Google established it as a giant business. At that point, both tried to play catch-up, with Yahoo buying Overture and Microsoft rebuilding its product — and  as we’ve also seen over and over again, by waiting that long, it was too late. The two companies still haven’t come anywhere close to catching up in market share, even if the technology is considered to be about equal at this point.

So the fear of some big company coming out and just “copying” you is generally overblown. If your idea is really disruptive, they probably won’t recognize it, and by the time they do, you’ll have a big head start, and their attempts to copy what you did will prove a lot more difficult than they expected.

How many newspapers are going to close because of the creative destruction of Craigslist?

The next version of iTunes, available today, includes Ping, a social music discovery tool that allows users to follow friends and artists, helping customers to discover and share new music.

“It’s sort of like Facebook and Twitter meet iTunes,” Apple Chief Executive Steve Jobs said of the entirely new Ping service. He described it as a social network all about music, built in to iTunes.

The product is based on discovery, allowing users to see what their friends are listening to and what concerts they’re going to.

Users can choose to “follow” artists, as well as their friends, and iTunes will populate a customized top 10 list that represents what their friends are downloading. Users can also see concerts that are coming near them, and inform their friends that they will be attending.

If artists can connect with fans on iTunes, is there really a need for MySpace, a place for music?